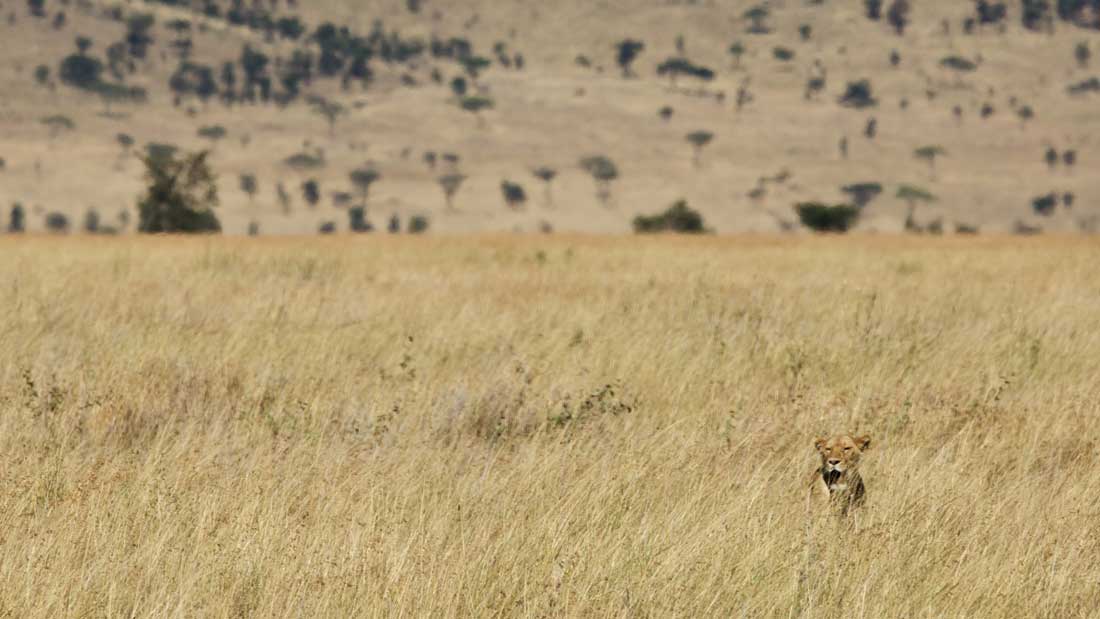 The name ‘Serengeti’ has come to represent the safari experience itself, evoking images of sweeping savannahs swarming with wildlife. In the language of the Maasai, the word means ‘endless plain’ and the 14,763 sq. km of parkland in Northern Tanzania does indeed seem infinite. Upon these grasslands roam more game animals than anywhere in the world. There are over a million wildebeest alone.

Throughout the winter months of December to March, many of the animals are concentrated in the park’s southern regions, near Ngorongoro. During the spring months of May or June, the vast heards of wildebeest and zebra start to head west in search of water, beginning the migration that takes some of them to shores of Lake Victoria, and others to northern areas and to Kenya’s Maasai Mara park just across the border.

The Ngorongoro Conservation Area is a protected area and a World Heritage Site located 180 km west of Arusha in the Crater Highlands. The area is named after Ngorongoro Crater, a stunning, large volcanic caldera within the area. The crater is the world’s largest inactive, intact and unfilled volcanic caldera.

Approximately 25,000 large animals, mostly ungulates, live in the crater. Large mammals in the crater include the black rhinoceros, the African buffalo or Cape buffalo and the hippopotamus. There also are many other ungulates: the blue wildebeest, Grant’s zebra, common eland, and Grant’s and Thomson’s gazelles. Lake Magadi, a large lake in the southwest of the crater, is often inhabited by thousands of mainly lesser flamingos and crater has one of the densest known population of lions.

This fine park has a stature that far exceeds it modest 325 sq. km area, having been a Mecca for seekers of wildlife, since safari travel began. Along its western border lie the cliffs of the Great Rift Valley escarpment and its eastern border runs along the shores of Lake Manyara.

Within this long and narrow corridor are dense concentrations of wildlife inhabiting a lovely and diverse landscape, which ranges from forest of tamarind, mahogany, and fig in the north to the wide open grasslands of the park centre. Elephant, giraffe, lion, buffalo, and zebra are all to be found here, in addition to many other game and bird species.

The Tarangire River runs through the park and attracts all manner of wildlife. The park is home to nearly all of Tanzania’s most iconic wildlife, but Tarangire’s most notable inhabitants are the elephants. The park is home to one of the largest concentration of elephants in Africa, with herds of up to 300 elephants roaming the plains. Bird watchers will also find joy here with over 450 species of birds to be spotted.

The Selous is the largest game reserve in Africa. With about 55,000 sq. km, the reserve carves out a huge portion of Southern Tanzania. The immense size of the game reserve makes it ideal for the traveller seeking a sense of isolation, exploration and discovery. The Selous is off the beaten track and more dense in vegetation, so you’ll bump into less tourists than during the more famous Northern Circuit.

Located only 283 km from Dar es Salaam, the park is an important educational centre for students of ecology and conservation, having been established to protect the environment and resident animals. The Mikumi flood plain is the main feature of the park along with the bordering mountain ranges.

At 13,000 sq. km, it is the second largest Tanzanian park and one of the wildest. It is also the world’s largest elephant sanctuary. The park represents a transition zone where eastern and southern African species of fauna and flora overlap. It is the northernmost example of miombo woodland, common in central Africa, and the most southerly protected area in which Grant’s gazelle, lesser kudu and striped hyena are found. To be able to see both greater and lesser kudu and roan and sable antelope in the same park is one of the special attractions of Ruaha. 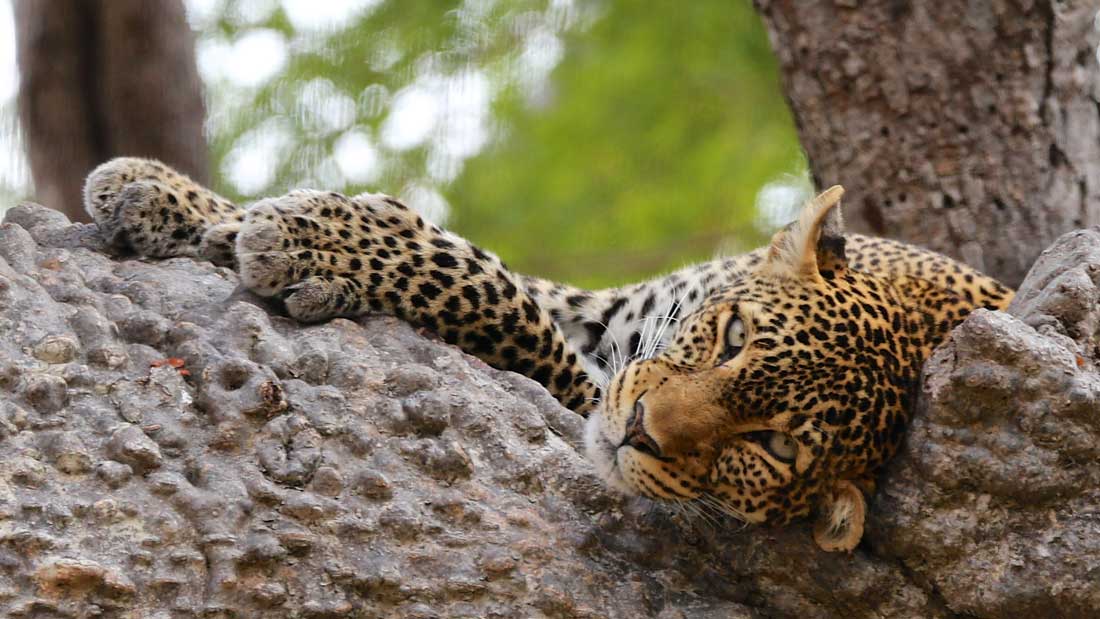 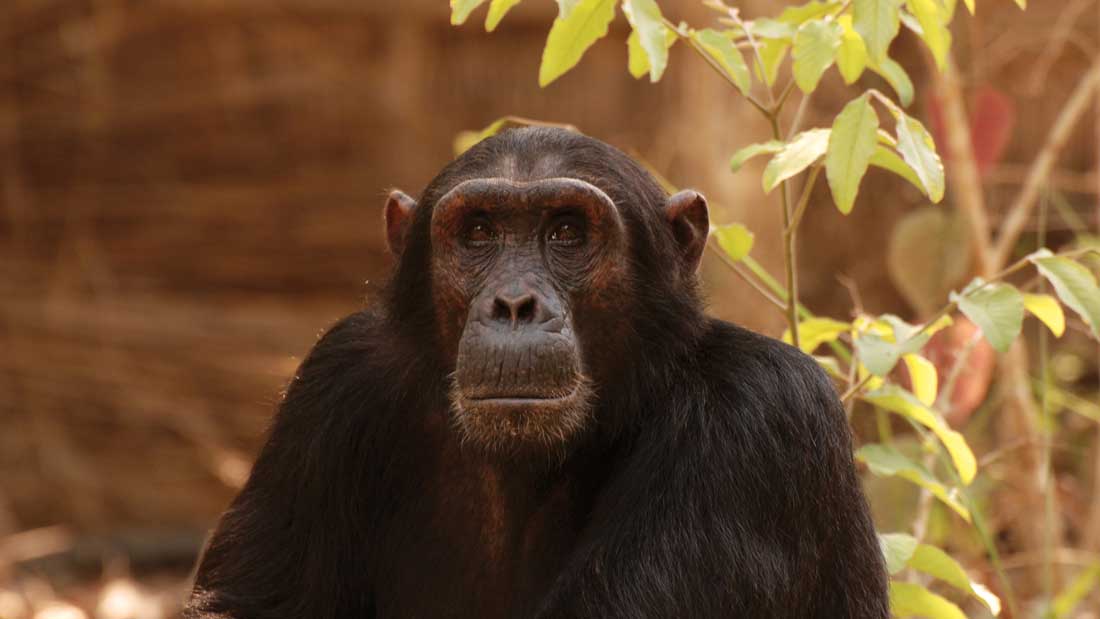 Gombe Stream lies at the northern end of Lake Tanganyika. The park’s forested mountain slopes, which help define the Great Rift Valley are home to chimpanzees. Gombe Stream National Park is where Jane Goodall conducts her celebrated studies of chimpanzees. You can trek with the chimps and watch them in their natural habitat.

One of the best highlights of Gombe is Lake Tanganyika, where guests can snorkel and swim with hundreds of cichlid fish. The lush tropical rainforests are also a must-see, especially in June-October when there is no rain and the sun shines bright. This is also the best time to spot Chimpanzees as they move to lower grounds in search of food.

In Mahale National Park, the funniest inhabitants are the chimpanzees. In these beautiful mountain forests, approximately 1700 chimpanzees call the trees home. On safari in Mahale, when you’re not trekking the forests for our closest relatives, you can search for hippos and crocodiles along Lake Tanganyika.

It doesn’t get more epic than ticking climb Kilimanjaro off your bucket list. There is no better feeling of accomplishment than reaching the highest peak of Africa, knowing your own two legs brought you there.

Mount Kilimanjaro is the highest mountain in Africa and the tallest free-standing mountain in the world! This impressive monolith is made up of three volcanic cones, Mawenzi, Shira and Kibo. Mawenzi and Shira are no longer active, but Kibo, the highest peak, is dormant and the most recent activity was about 200 years ago. Kilimanjaro has been a popular mountain for climbers, not only due to its height, but because of the variety of ecosystems found on the mountain. In fact, nearly every type of ecological system can be found on the mountain from cultivated land, forest, heath, and moorland to alpine desert and an arctic summit.

There are 6 official routes to Uhuru, the peak of Kilimanjaro. Each offers a different level of difficulty and each is a totally unique experience. These routes are the Machame route, Lemosho route, Rongai route, Shira route, Umbwe routes and the Marangu route. 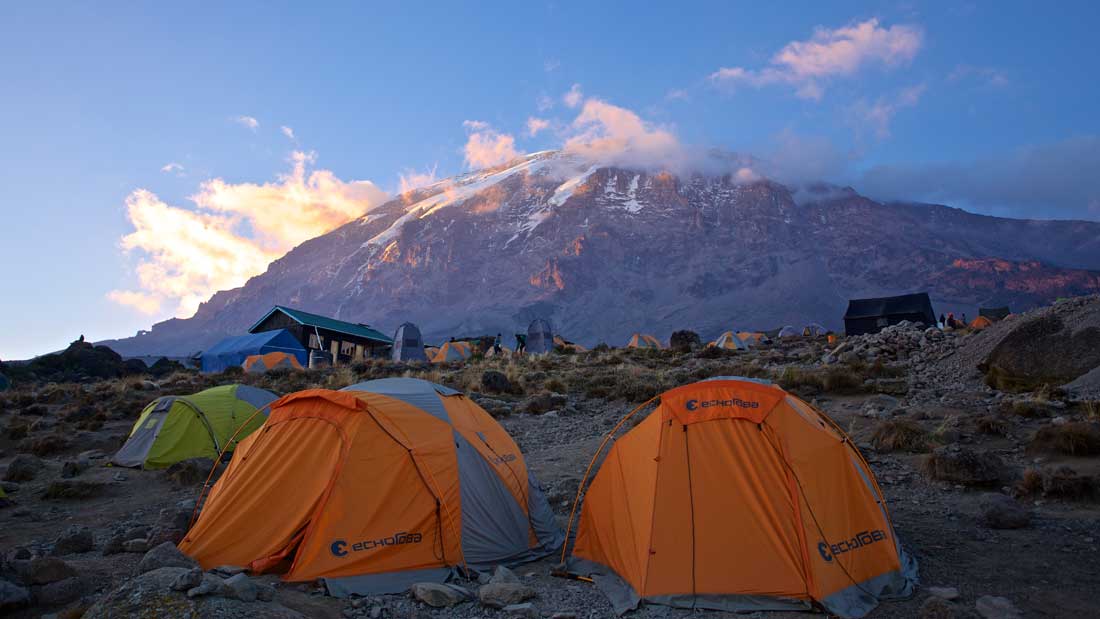 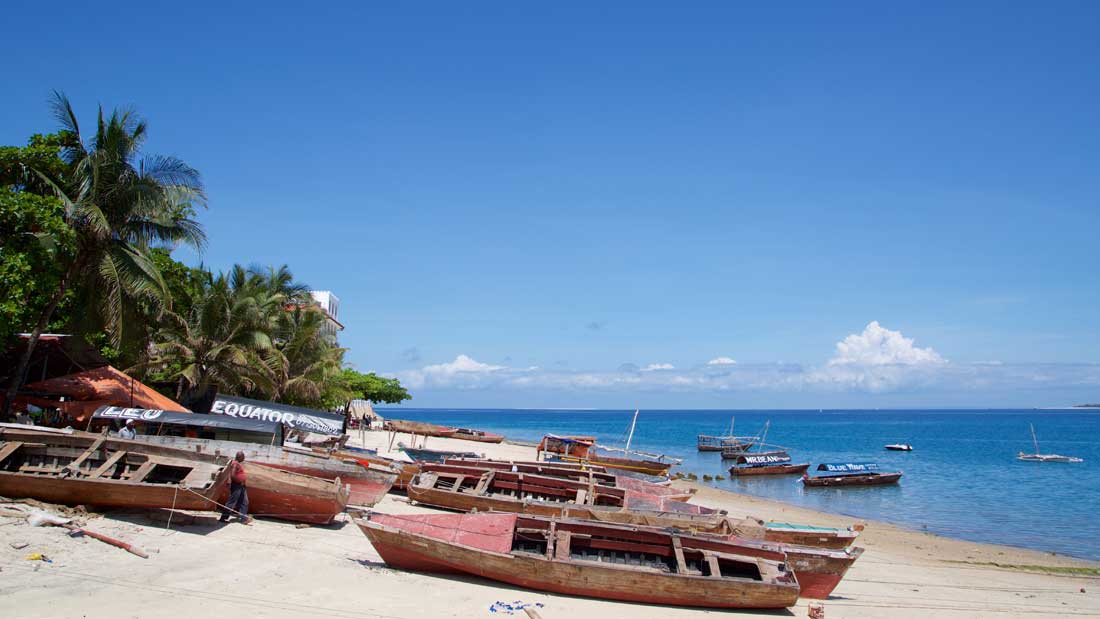 The coast of Tanzania is perhaps most famous for the Zanzibar Archipelago, a cluster of islands that saw the growth and survival of Swahili civilisation and trade until the mid-twentieth century.

Zanzibar enchants and beguiles with its oriental mystique and forgotten exoticism, the very name evokes the Spice Islands and the dhow trade, sultans and palaces built of limestone and corals against the palm trees and the crashing surf. But there’s more to the islands of Tanzania than just Zanzibar. Throughout the archipelago, deserted islands and sandbars beckon and abound. Some have slave caves and colonial graves, others have the ruins of sultan’s palaces and stately plantations. In Pemba, villages steeped in culture and traditions which preserve the Swahili way of life, almost oblivious to the world around them. On the islands of Mafia, old trading towns line the walkway to abandoned ports and the gentle sea. Throughout the Swahili Coast, diving, swimming with whale sharks, and snorkeling offer superb vistas of thriving coral and marine life. Whether you’re content to stay on the mainland coast, or want to venture off into the atolls and islands of the Indian Ocean, the Tanzanian coast is a place of untouched beauty and enchantment.

Mafia’s highlights are its attractive lodges, its diving and its tranquillity. Whale sharks are another attaraction and are best seen from around November to January. The archipelago’s main island, Mafia, lies just a short flight southeast of Dar es Salaam. Days are spent snorkelling, ralaxing or exploring some of the smaller islands. At night, enjoy the magnificent array of stars overhead.

Tanzania can be visited all year round, the climate is tropical and coastal areas are hot and humid, while the northwestern highlands are cool and temperate.

There are two rainy seasons; the short rains are generally from October to December and it can be very humid in December through to February. The long rains last from March to June and some lodges in the parks and many coastal hotels close for the months of April and May.

The central plateau tends to be dry and arid throughout the year and temperatures on Mount Kilimanjaro and Meru drop to below freezing.

Some hotels and lodges close; others offer discounts.

For information about Yellow Fever Requirement in Tanzania, please visit the Ministry of Health website http://moh.go.tz/en/yellow-fever-entry

It is recommended you visit a travel doctors 8 weeks before your departure to Tanzania.

For more information about tourism in Tanzania visit: https://www.tanzaniatourism.go.tz

As of May 2019, the Government of Tanzania prohibits plastic carrier bags being imported, exported, manufactured, sold, stored or supplied on mainland Tanzania. This means you cannot bring plastic bags into Tanzania. For more information visit http://immigration.go.tz

Nomad Tanzania
a collection of high-quality safari lodges and tented camps in remote locations in southern and western Tanzania, as well as seasonal and mobile camps which travel around the wilder regions of the classic northern safari circuit including the Serengeti.
https://www.nomad-tanzania.com/

And Beyond
For luxury safari lodges including Ngorongoro, Serengeti, Mnemba Island (near Zanzibar).
https://www.andbeyond.com

We take no responsibility for the above listed companies and operators.